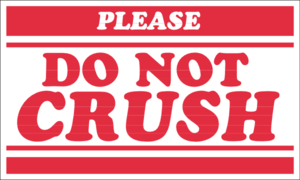 This isn’t easy to talk about. Our society as well as our sexual and kink subcultures worship at the altar of confidence and certainty. Most of our kink scene is shrouded in a veneer of iconic bravado and unwavering certainty.

Cracks happen though. The armor of our sexuality is often in truth nothing more than a thin covering easily pierced by something as random as someone’s casual negative comment or as monumental as a life-altering bad experience or situation.

Since I was in my early teens, even prior to my fully coming out at the age of 17, certain types of sex and power dynamic play formed the foundation of my sexuality to such an extent that it eventually morphed into an identity. What I did erotically not only formed sexual fantasies and practices, but it also formed an identity that has generally served me quite well.

While my various social interactions and work took me to all walks of life and endeavors, it was my gay kink identity from which I always operated, whether that identity was evident in all situations or not. No matter where I was or what I was doing, inside of me resided a gay leatherman and kinkster who took solace in that self-identification. In short, it made me happy.

Did most people know this? No. A few close friends did. A handful of my leather and kink network did. But generally, most people saw the same old me writing, speaking, organizing, advocating and educating. Few suspected that underneath it all I was suffering badly, and feeling like everything was going to shit.

Why am I telling you this?

Perhaps in part this is cathartic. Sometimes opening a window of transparency allows a breeze of relief to wash over us.

Or perhaps my main motivation is to instill in everyone reading this a bit more understanding that even the most apparently solid of people can be shaken and pushed off balance. I see the nasty barbs or accusations thrown around at leather and kink folk on social media and I cringe because I know those words might be crushing someone on the other end of them.

Or perhaps I simply want people to realize that when someone looks “just fine,” they might not really be fine. Underneath they might be hurting like hell and covering it all up with a persona of confidence and solidity that belies their hurt but that their friends and audience have come to expect from them.

So, what have a I learned from all this? A lot. About myself. About life. About sex and the sexual subcultures in which I mingle and thrive.

I’ve learned that first and foremost I must be me. My relationships are important. The people around me are important. My communities are important. But ultimately, if I can’t be truly me, if I can’t fully maintain the identity that brings me strength, then I’m of no good to anyone. Anything I say, do or advocate for would be coming from a false pretense if said by someone not living up to their own sense of optimal and best self. Living a lie is a terrible idea.

I’ve learned that it doesn’t always take much to crush someone mentally or emotionally. It can take just a few words. It can happen in an instant. And that instant can end up forming a life crisis far bigger than might seem possible upon reflection on that brief life-altering moment. I hope people realize this when they say some of the things they say, especially in this era of the social media broadcast effect when harsh words can distribute through the social ether like a strong putrid wind.

I’ve learned that when your erotic identity is challenged, you deal with it or it will eat away at you and taint everything in your life, sexual or otherwise. To not deal with it is to doom yourself to deep unhappiness, and I say this as I myself am continuing to struggle. But my struggle has gone from daily depression to more of a nagging reminder that if I falter from being myself and living the life I need to lead I will plunge myself into a depth of despair that I do not need to enter. I’ve become a lot stronger.

Let me wrap up this post by asking something of you.

Be yourself. Be your authentic self. Be the self, erotically and otherwise, that brings you the greatest happiness because doing any less is shortchanging yourself in ways you might not even realize.

Be happy. Sexually. Erotically. Every way. Just be happy.

Thank you for sharing this. 4 year ago I was very deep into my own crisis, experiencing abuse and damage i wasn’t even fully recognising. Friends in the community helped me to come out of that and actually you played a small part, providing advice through a mutual friend. i still struggle with the life changing questions around the depth of my need to submit that this situation brought up but 4 years on i am definitely a lot stronger and, yes, happier. So, having read this piece on the Facebook page of another mutual friend, i wanted to take the opportunity to say thank you and to support your message that we should allow ourselves to be vulnerable, honestly assessing and dealing with our sexual and erotic selves in the pursuit of true contentment.

Great post, Race. As many as 47% of kinky people have contemplated suicide or attempted it according to Sprott, Wadura and Randall’s recent TASHRA Kink Health Survey. That significantly exceeds the Trans/fluid community, (about 34%), suggesting that stigma becomes more poisonous the more marginalized your community is. This is profound reason why even the more confident among us may be whistling a little past the graveyard in attempting to embrace sex desire and identities conventional society has told us we have no business having.
Being strong is situational and contextual. Introspection helps, support helps, and community often helps. I have found, as you have exemplified, that giving helps.
Be well!

Sexual Integrity. Thank you for modeling what that looks like.

Take care of yourself.
Life is short, eat dessert first.
Do the sex you want, not what you are supposed to want!
All of us work so hard to help others enjoy sex, we forget to enjoy it ourselves.
Thank you for doing all you do.

I am constantly stunned and will admit, angered when I hear opposing arguments about self-realized sexual identity of children. Although I did not know what sex was, I was aware of what affected me physically at a very early age. Only later and as an adult, did I equate what I felt with kinky or erotic sex. My ex knew from the time she was a toddler that she preferred women and in her late forties, still has never been with a man and never will. To say a child can not know their authentic self at a young age, is so wrong and does that child a grievous injustice. Knowing what your sexual identity is and knowing what “sex” is, are two very different things. I realize this is a bit off topic, but I do believe everyone has the right to celebrate their individual and very unique authentic selves.

Thank you Race,as always,for modeling to our community what sexual integrity can look like. Thank you for modeling vulnerability doesn’t have to be a weakness or a monster we need to hide from. And more importantly thank you for taking care of yourself and showing to others the responsibility we owe to ourselves.

“The armor of our sexuality is often in truth nothing more than a thin covering easily pierced by something as random as someone’s casual negative comment or as monumental as a life-altering bad experience or situation.”

Since that’s pretty much all that’s happened here, either going to a party and being completely ignored, or worse, insulted or looked at as though I were disgusting, I can identify. I put up a very solid confidence in myself, and it’s pretty true to most aspects, but I also have very real limitations. Limitations I know people think are fake, despite diagnoses. And for that reason, I’ve become self-conscious about how people perceive me. I know many think I should be avoided merely because they suspect people who are not money earners. I’ve always known this. And while I still find myself attractive, I know many won’t, but I refuse to believe NOBODY in this community does. There has to be another reason why I’ve had absolutely nothing happen in the leather community, and it leaves me to wonder if this is it. And it makes me scared, because uncertainty is always scary.

“I had found a set of communities that accepted and celebrated those aspects of me. I had found me and my people.”

I thought this would be a city that would accept me and understand. I’m finding that even here, I do not have this. I have never known this. I’ve always been invisible at best, and hated and suspected at worst. I can’t help but wonder what I’d be if I’d ever had a truly supportive community, not just floated barely tolerated, or disregarded as unimportant, as has always been the case.

I understand this all too well. That’s all I’ve ever seen, in a pagan community, in a kinky biker club, in the Sisters group, in the entire leather community of SF, in the mentoring group, as major leaders of the community post hateful materials and then refuse to apologize to those they’ve hurt while her followers back her up to badger those she’s hurt, etc.

And I had to witness it in communities where I barely existed. So for me, yes, it tore me to pieces repeatedly. And that’s before I’d ever had a chance to be built up in any meaningful way. Now I’m not sure what to do.

“I’ve learned that it doesn’t always take much to crush someone mentally or emotionally. It can take just a few words. It can happen in an instant.”

It really doesn’t. And those who crush you often don’t even remember or recognize that they’ve done.

“Are you living up to the potential that will make you happiest?”

I never have. I want to finally get there for once.

“Are you eschewing outside rules and constructs when they collide with what you know will make you happiest?”

Always have. Not sure if there’s anything else.

“Are you consciously configuring your life to create a sexuality, an identity, your sense of being as a human, that brings you the greatest joy and satisfaction?”

I don’t even know what that means, or what that would look like. I am a complete stranger to human interactions. I was hoping to change that, but you have to be allowed really IN to them to do so, and I never have been.

People often tell me I’m wrong, but it really is others building you up that make you truly strong. Yes, you have to do it for yourself too, and that’s all I’ve ever had. I went as far as I could on my own. I really hoped San Francisco would be different. I’m finding it really isn’t. I wish I were wrong.