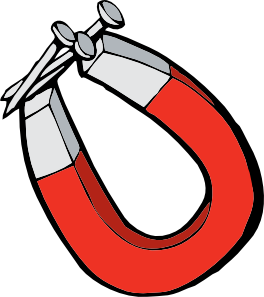 Sometimes I’ll be in the middle of a discussion with other leatherfolk or kinksters and the topic of “who belongs” in certain kink environments comes up. This seems to arise more often amid people who identify with leather as opposed to those who identify as kink, but it’s still a common area of discussion in both camps.

This is always a tricky discussion because I see it as almost always situational. In other words, it truly depends on the specific kink environment you’re discussing. Leather bar? Public dungeon? Private play party. Kink conference? Classes? And so on.

Should we as a set of leather and kink communities be actively promoting through outreach into non-kinky communities with the hopes of attracting more kink community members, or should we instead simply allow attraction to bring people into the fold by them finding us through their active explorations of their own sexualities?

I think this is sort of a big deal question and at least tangentially relates to a lot of other hot topic discussions going on within the leather and kink scenes.

As some pertinent background, a past post of mine, Are Our Education Efforts Backfiring, in part discusses the historically somewhat newer effort to do outreach education to those outside of our kink networks to bring them into the fold.

In that post I make the case that spoon feeding the general public kinky scenes or detailed information outside of an understandable context isn’t wise. Yes, we can make educational and learning opportunities known to the public. But if someone doesn’t have the motivation and drive to expend at least the effort it takes to show up at a more private, controlled event, do we really want them in the scene in the first place?

Anyway, back to promotion (outreach) versus attraction.

I’d like to make the case that our scene should generally err on the side of attraction and not promotion. I think there can absolutely be some value and benefit to being visible, out, and claiming our rightful space amid other sexualities or identities. But in what way does active promotion beyond that really benefit our scene? I contend little. And not only may it not add to our scene, it might indeed detract.

Perhaps we attract some otherwise non-kinky person to join our ranks. They enjoy the social aspects of what we do without necessarily really understanding the internal lifeblood of what we do and who we are. Some of those people might even become integral parts of the scene socially, with some even attempting to elevate themselves in prominence and power through leather contests, club and organization boards, and so on.

I know it’s not a perfect analogy, but I liken it to a non-LGBT person running an LGBT civil rights organization and determining what’s appropriate behavior, what values should be enshrined, and crafting goals and objectives. That doesn’t make a lot of sense. Yes, “maybe” the rare individual can empathize fully with the camp of which they are not actually a member, but are the chances good for that to occur? Is it worth the risk?

Now, some of what I’ve said above is moot because the leather and kink world gates have already swung open widely in many arenas. I’m not sure we can necessarily put that genie back in the bottle in all cases. But if we keep in mind that the leather and kink communities are not necessarily always places for everyone of every stripe and persuasion, maybe we’ll experience less drama and conflict within our ranks.

At least that’s one of my theories. Or maybe I’m full of shit. I certainly think it’s worth putting out there as food for thought.

2 Comments on “Promotion Versus Attraction”

With the completion of a suvey by Debby Herbenick and company in 2017 (PLOS 1) we have a representative sample of people in the US that have done various kinky activities. While the numbers vary depending on what activities you think are ‘kinky’, and Herbenick’s questions were far from exhaustive, it is a fair reading that about one in ten to one in eight people who admit doing kinky behaviors admit to ever having attended a kinky social organization.

For me, that means that social kinksters are a heavily self-selected group, as different fron one another and diverse as they may be they are also systematically different from the non-joiners out there with kink interests. I suspect ‘joiners’ are more pan-sexual, more risk accepting, more urban, and a host of other differences which reflect that kinky organizations occupy a natural ecology of social opportunities that cater to different interests.

If my reading of this data is correct, kink organizations that choose to promote heavily can expect to attract a fundamentally different group of new converts than their current membership. This is not a ‘bad’ strategy per se, but it does imply embracing some substantial changes.

There are many things the larger, not-kink-identified public could learn from kink, including consent ideology, the value (and limitations) of educational programing, tolerance, abd the costs and consequences of stigma, to name only a few. Education is not tantamount to promotion or attraction. But insofar as the social context in which kink organizations operate has changed, new members cannot be expected to resemble, nor be socialized, to old traditions, even very sound ones.

Fifty Shades of Grey is symbollic of this change in the landscape. It has attracted new and younger members to some kink organizations. And many of these new members have different values and reasons for playing that go beyond the cis-het stereotypes endemic in romance novels and Hollywood mass market movies.

But my reading of these data gives good reason to take Race’s cautionary seriously.
Thanks, Race, for writing it!

For larger cities if you are interested in kink/leather you can easily google places and things to do. You do not have to promote but can attract those who come by. I live in a town of about 120k and our area is more on the rural side. For us I think we have to be more in the middle. It used to be hard for people to find out about the local club as to when it met and where. Different social media and the internet helps some but it still can be difficult for many. We make ourselves visible by marching in the local Pride parade, working with the local LGBT resource center and University and putting out business cards at the porn stores that has a link to the website and an email address if people want more information. I would not say we are trying to promote the lifestyle but make those people more educated about it who want to know. By being a bit more out there and visible it makes it easier to attract those who are interested. It may also promote in a more passive way by letting people know that such a thing exist to where they actually think about if such a thing is for them.