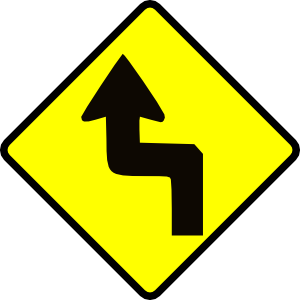 Go deep into the bowels of almost any sector of the leather scene today and you’re likely to hear at least one person mouthing off in complaint about things not being the way they used to be.

“What about tradition?” “They’re dishonoring our history.” “That’s not how someone works their way up through the leather ranks.” “They didn’t earn their leathers.” “They’ve violated leather values.” “These new kids today are insulting the leather legacy.”

I could go on.

It happens within non-leather realms of kink too, but it doesn’t seem to happen nearly as often as it does among those who identify strongly with leather, and I mean leather as a community, sexuality and identity moniker, not necessarily the garb itself.

This sort of bullshit happens a lot. I’m sure the reasons are many. My belief is that when people spout this sort of crap it means they’re afraid of something.

Happy, contented and confident people don’t dismiss others who are different if that differentness doesn’t directly hurt them. They simply observe and note. Maybe find something curious or fascinating, even if something doesn’t resonate with them. But they don’t lash out. They don’t cast aspersions.

Leather people who are afraid, for whom fear is a motivating factor, are the only people who feel the need to castigate another kinky person for them simply being the kinky person that makes them happy.

One of the greatest fears that pervades all modern society is the fear of change. Change is inevitable. Change is necessary. Change is the only thing that’s ever made anything move ahead in positive ways. Nonetheless, people fear it. Change often means you must do some internal work yourself, and that’s difficult.

I think the ubiquitous fear of change is one of the main culprits that causes some leatherfolk to arrive at such harsh judgments of others, but I’m sure there are other reasons as I mentioned a few paragraphs ago.

Regardless of the cause of the fear, it’s unhealthy. It serves no real purpose outside of a twisted mechanism to bolster self-affirmation. Someone being different in their kinky expressions doesn’t impact us in any way except in our own heads.

When I hear or read someone lobbing insults at someone for not being leather enough, not dressing or acting the part, not behaving in accordance with some nebulous leather code, the ridiculousness of it immediately pops into my head. Where do they think the history, legacy or whatever they’re pining for came from? It came from change.

The modern leather ethos didn’t always exist. It came about organically as gay men cobbled together an identity and social and sexual circle that gave them a sense of belonging and acceptance.

There was no magic leather code of being or behaving that spawned leatherdom. All that came about through change, not through static acceptance of the norm.

Eventually other genders and orientations jumped on the leather train, but its roots remained deeply gay male and cemented directly in the sexuality itself and the comradery that developed around it.

Look at photos of leathermen of yesteryear and most of them don’t look like the modern interpretation. Apart from boots or jackets, most of them didn’t wear much leather at all. If you had walked into a San Francisco South of Market leather bar many years ago you might have seen a bar lined with countless men in leather jackets, boots, and white jeans. When’s the last time you saw that look?

All the Sir, boy, Master, Daddy and so on naming conventions weren’t much used in the beginning of the leather world except perhaps during sex scenes themselves. It’s not tradition to place some honorific before your name. That’s a new development. Again, change.

The hyper prevalence of leather contests didn’t exist in the beginning at all, and it was only when International Mr. Leather hit its mainstream stride that suddenly leather contests replicated like rabbits. Leather contests aren’t longstanding tradition. They’re a newer development. Again, change.

Imagine the first guy who decided to go to a leather event in rubber when rubber in the United States wasn’t as common as it is today. I myself witnessed many leathermen shunning that choice and ignorantly stating it didn’t fit in with real leather. Change.

Think about the first guy that decided to go to an event wearing a pup hood, at the time perhaps one he made himself or had made. The rebukes out of some guy’s mouths were likely scathing. “That’s not leather! Who are these guys violating our space?” Change.

Fast forward a bit more and imagine the first man who decided to not continue to embrace the hyper masculine that didn’t sync with his insides and wore heels or heretofore feminized kinky garb. I was at a national men’s leather event years ago and overheard the sideline lambasting a big muscled man was getting for daring to wear boots with high heels. Change.

Traditions, protocols, structures, mores and conventions are always changing. I guarantee you, the leather scene, which might have succumbed to being named something else by that time, won’t look anything like it does today 25 years from now. Logic tells me this. Common sense tells me this. History tells me this. Change.

So, the next time you might feel compelled to utter a nasty comment or shun someone for not meeting with some fantasy leather code or guideline, remember that the very self-expression of leather you’re manifesting today would probably have looked and seemed silly not that long ago.

Change has allowed you to be the leather person you are today. Please let others be the leather person they want to be too. We owe it to our scene to let individual sexualities emerge, grow, morph and thrive. Because change is the only constant. We better get used to it, or we’re in for a miserable leather life.

5 Comments on “You Think That’s Tradition?”

I love you SO hard right now

Amen, no more needs to be said.

This is amazing. Thank you.