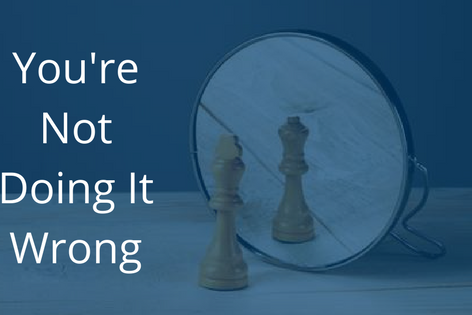 Leatherfolk, I get this question every so often out of the blue from leather event producers and someone asked again just recently. It’s almost always a difficult conversation because it walks the inclusion/exclusion line, which is perhaps the most debated of topics right now in our scene, and often no one’s 100% satisfied with the answer I give. This question is

“How do I get more gay men to my event?”

They see events like International Mr. Leather, Mid-Atlantic Leather, CLAW and many others drawing thousands of gay men and they want a piece of that crowd. That’s totally understandable.

My answer to them, which is echoed in conversation after conversation I have with other gay men when this topic comes up, is that if you have a primarily pansexual/heterosexual event, you’re not going to see massive numbers of gay men attending. Thinking you’re “doing something wrong” with your event organizing or promotion is misguided in my opinion. You’re doing just fine. You’re just trying to do something that’s not likely to happen.

Let me explain how I see it.

And while some may not want to acknowledge it, most gay men navigate within, identify with, and play amid the leather/kink scene differently than other scene demographics. That’s not a value judgment. Just how it is.

When attending events, many men travel from smaller towns and cities and for a few days they get to be fully accepted as gay men in a gay environment. Even for us big urban dwellers, as our bars and other physical spaces continue to decrease in number, much of the gay men’s leather/kink scene has morphed to become event-based. So, these men are seeking a fully immersive experience in a kinky gay atmosphere they find it increasingly more difficult to get at home.

There is that smaller subset of leather/kink gay men such as the titleholder/contest crowd, the education/class crowd, and so on, that might attend more mixed events because their primary focus is on those things, but I contend that they are the minority of kinky gay men. The vast minority actually.

One of my good friends uses an iceberg metaphor to describe the “visible” and “overwhelming majority” of leather/kink gay men. While you might go to a contest, education conference, or other such non-play/sex events and see gay men there, they are the visible portion of the overall gay men’s kinky scene. The overwhelming majority of gay men are represented by the bulk of the iceberg that you can’t see, but they’re there and playing and socializing and learning and having fun in their own ways in their own spaces and at their own events.

Also, and here’s an often unspoken reality that few seem to want to bring up. Most gay men, and I don’t care how into BDSM or other kink they are, want to have sex. Lots of it. Actual, penetrative, raucous, sometimes piggish sex. A huge percentage of them have also opted for relying on treatment as prevention and PrEP as their HIV safeguards and condoms aren’t part of the equation for them, which flies directly in the face of most pansexual/mixed playspace guidelines. And that doesn’t even take into account most gay men who play publicly want to have sex and play amid a crowd of mostly if not all gay men. What turns us on is not democratic and never will be, and gay men typically want to have sex with other gay men in a gay environment. That’s just reality.

Should producers of events open their doors and even actively reach out to gay men? Sure, if they want to. I don’t think all events have to be for everyone, and in fact I think we’d be better served if we didn’t assume that all events cater to all. But if an event does want gay men to attend, by all means let that be known. If you want to create playspaces for us, great. Just don’t be surprised when the mixed playspaces are swarming with people and only a handful of men use the men’s spaces. The truth is most of the guys are probably in their hotel rooms playing, or at the local bathhouse/sex club, or at an offsite sex/play party, because that’s what’s sexiest to them at the time.

4 Comments on “Getting Gay Men To Mixed Leather/Kink Events”

Which is of course also why some gay-aimed leatherish events (bar nights, whatever) also thud hard — sometimes we ourselves try to pretend that the masses of gay leathermen want something other than social/drink/sex.

Race, I hear what you’re saying, but I don’t think it applies across the board, only to specific kinds of events. There are really no pansexual analogues to IML or MAL, for instance. Their resemblance to any pansexual event with a contest can only be superficial.

Still, there are plenty of places and occasions where gay men gather with little to no expectation of sex. Whether it’s “Flagging in the Park,” gallery openings, shows, even Sunday beer busts — sure, you might meet somebody new that will lead to a sexual connection, but it’s very unlikely to be on the spot. We go for the pleasure of each other’s company, to see friends and potential friends or lovers, because kinky gay men tend to understand each other’s humor, interests, concerns, annoyances, challenges, backgrounds.

That’s what I find missing at even pansexual events I logically should enjoy, since they may be organized around one of my specific interests, e.g. M/s. But we’re invisible there. A few of us may be present, but unless I already know you and know that you’re gay and kinky too, we can’t really see each other: we don’t see ourselves. We don’t hear our sensibility reflected from the stage, our humor, our various self-images. I find myself almost wishing that along with an ASL interpreter, there was a G-A-Y interpreter onstage to translate the proceedings into something that feels like it includes me.

It’s a problem that has solutions. Take any pansexual conference, add an ONYX chapter, and see what happens. The ONYX men show up *for* each other and *with* each other, and it changes everything. They see each other, enjoy each other; they don’t shun the other conferees, but by their numbers and their closeness they establish a “This is our place too” feeling, a sense not of just being in the space but belonging to the space, co-owning it.

I think conference producers who are serious about attracting more gay men to their pansexual event need to do some serious negotiation with gay men’s groups and clubs and be willing to horse-trade. “What would it take to get your guys interested in attending? A co-emcee? We present an award to your chairman? We set aside a wing of the host hotel just for your bookings?” I’m not a conference producer, but I know the conferences I most enjoy have other gay men there in sufficient numbers and sufficient proximity that we can identify and hang with each other, not to the exclusion of anyone, but to give us the feeling of real inclusion and recognition of our separate-but-related subculture.

What I meant is that my message to pansexual conference producers is: “Recognize that we are not like your other attendees. It’s not a matter of persuading this or that gay man to come and bring a friend. That approach has a name and it’s tokenism. No. Understand that while we may be wearing the same leather vests, we have established a rich and separate culture. Invite that culture in. Make space for it to be inhabited by us who live it. Put it on the stage. Realize that like our culture, our comfort comes from proximity to each other. Establish a working relationship with a gay men’s group of your choosing and make them part of your planning.”

[…] Bannon explains why gay men aren’t turning out for heterosexual/pansexual kink events. “What turns us on is not democratic and never will be, and gay men typically want to have […]